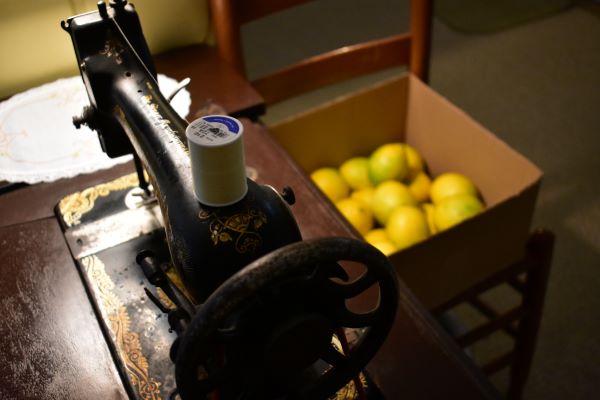 Each year for many years now, Charles and I have been doing history projects here in our home. We pick a year we want to study and to resemble, we started in the 1940's during ww2 and when we finished with that we moved to the 1930's. This year we have been studying 1932.

We have been slowly setting our home to a more simple time, not knowing for sure what that time is but to resemble somewhat the times we have studied.

This new year of 2020 we are staying put in the 1930's as we feel there is so much more to learn.  All my life I have heard about the Great depression and how awful it was, and yes it was a terrible time for many and very serious as some people lost their lives but to our surprise there was so much going on in the 1930's that was good.

Charles and I have a good understanding now about how the wild spending in the 1920's and people accumulating much debt affected how well they did or did not do during the Great Depression. And unfortunately a business owner that lived above his/her means with acquired debt and investments affected their employees and their means of making a living through the great depression.

The good times of the 1930's seem to me to have been ignored.. This is a time when people came together, not all but many did and they continued to live their lives and grow food and earn a living, visited one another and most of all helped one another. To my surprise or just ignorance,  some did well during this time and those that lived on small farms continued to live as they had been living all along.

I was surprised that fashion still mattered and people were still buying new items as they were invented and put on the market. People repainted their homes with new colors and and some ladies once again changed their hairstyles

But saying all of this, most people lived a simple life and today it is very difficult to live a simple life because we have changed so much that we have become dependent on so much more and we have so many more bills to pay than ever before.

I lived long ago enough to see how my grandparents and even Great Grandparents lived with so little or at least today that would seem they were living with very little.

My Great Grandparents, Mama and Papa, were born in 1872 and 1874, and my Grandparents Grandmother and Grandfather,  were born 1904 and 1906 , My Father in 1917 and mother in 1924. My other Grandfather was born in 1894 and Grandmother 1898. They were from such a different time that they were unlike anyone I know today. They spoke kinder, they were more sensible, not wasteful, knowledgeable, reverent and skilled enough to carry them through so much more than we are now.

I saw, I smelled, I tasted, I heard, and I felt the way they lived long ago by how they still were when I was born. My Great Aunt's that were in my life made more of a lasting influence than they would ever know.

My Grandmother's simple meals were all one would need and there was most always cold biscuits in a cast iron skillet on the shelf or the stove for those of us that were hungry.  There were no store bought snacks that we have today.

I want to resemble these people that were in my life because if I do not then who will do this so someone can see what it looks like to live a truly simple life.  Once we got into the late 50's and then the 60's, we passed the point of passing skills down generation to generation, at least in my family. 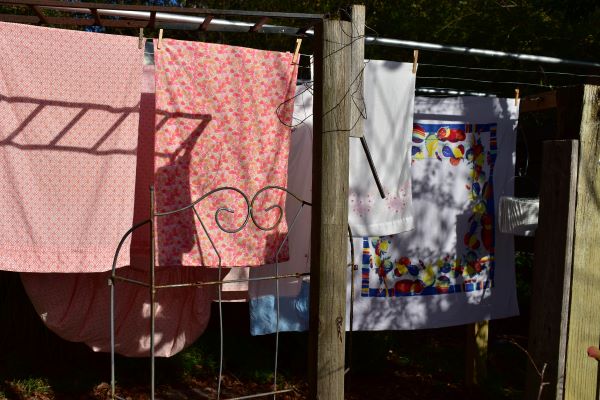 After only a few months of this year of 2019, I started getting behind with posting about what we were learning as I took on too much with the diaries and trying to garden in a different way.

The more I tried the worse things got as I was researching and trying to live one foot in 1932 and one foot 2019.  I decided it will take me several more years to even explain what we learned so far because we want to apply it to what we do in real life. 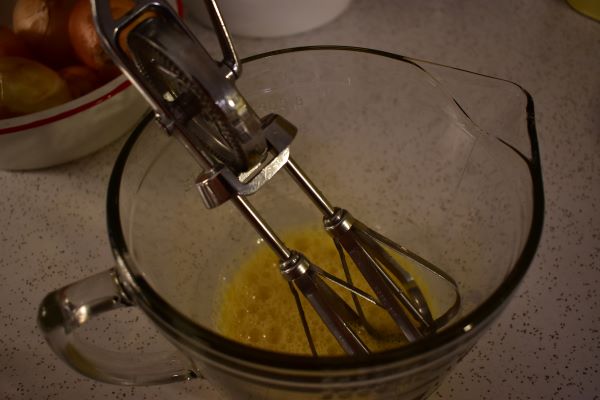 I will go back to the story of Fanny Bell as I have told before, not the 1930's but a friend that lived during the great depression.  A friend of my mothers. She lived in a small white house and had as simple home. A small kitchen with just the right amount of items that would fit in her cabinets.  She often made egg custard pie as she seemed to always have a slice ready when we visited. She would carry them to someone that was sick or having a difficult time.

Her home has never left my mind of how tidy it was always kept but mostly her presence of calmness and genteel manners.

It does matter what we do, how we conduct ourselves as there are often people watching that we are not aware of and we need to be examples of what is good. 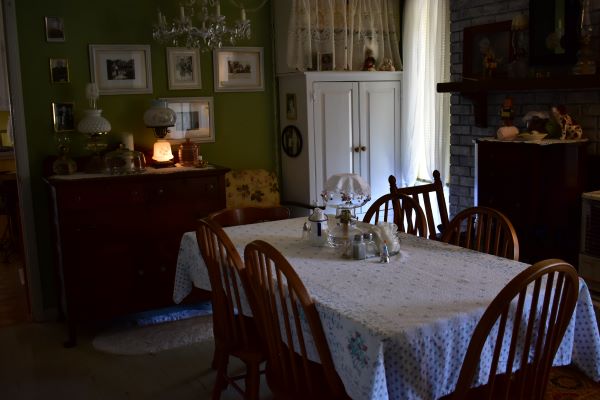 Here in our home, we have new goals for this new year, such as....

Cleaning tools, people in the past cleaned their tools in the winter time.  So we need to clean our tools this winter.

Some of you already have done this but I have not, I have a goal of having all my dishcloths be the ones I have knitted. Also the bath cloths.

Finish sewing the curtains in the house. I already have the fabric so I need to finish.

Make no more plans for new things until the things we had planned this year are finished.

Adjusting the placement of all furniture to where it is easy to clean around each piece. 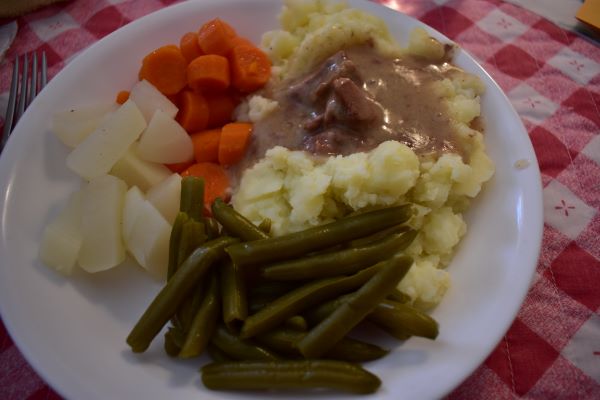 We have been doing better with simple meals and we will keep working on this. 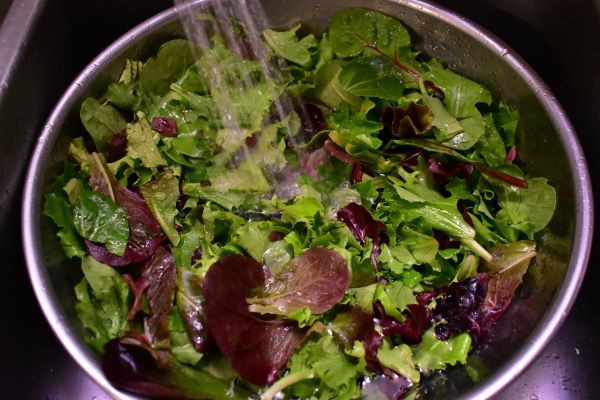 We are trying to grow our own lettuce since there are so many recalls on lettuce these days.  When we do purchase lettuce I always soak our lettuce in white distilled vinegar and rinse it well. Some lettuce that looks unclean I will first wash it in salt water, then it will be limp to release particles, drain and then wash it in vinegar water. Rinse again several times.  These are the things we need to do today with so many issues with our food from stores. 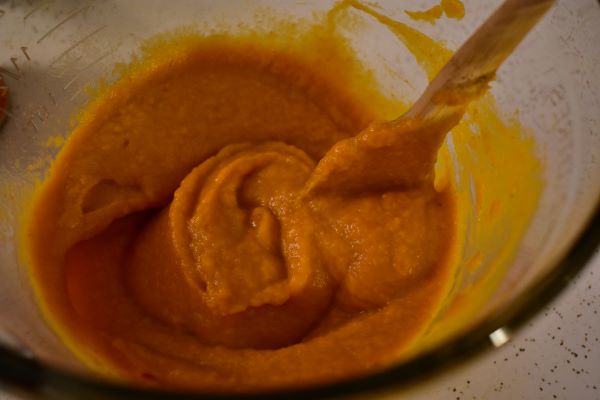 I am trying to make more simple desserts such as this pumpkin pie. 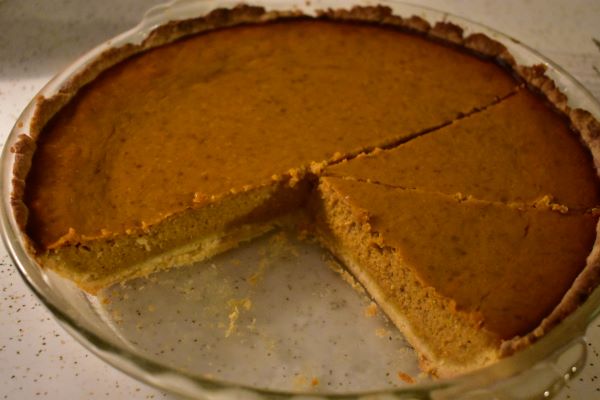 So that is what we are doing for the new year, we are staying put so we can learn a whole lot more about this surprising era. I feel there is still much to learn and I hope I can do a better with sharing the things we learn.  Grandma Donna

It Takes Practice and then some