Busy with research and setting the house for the study 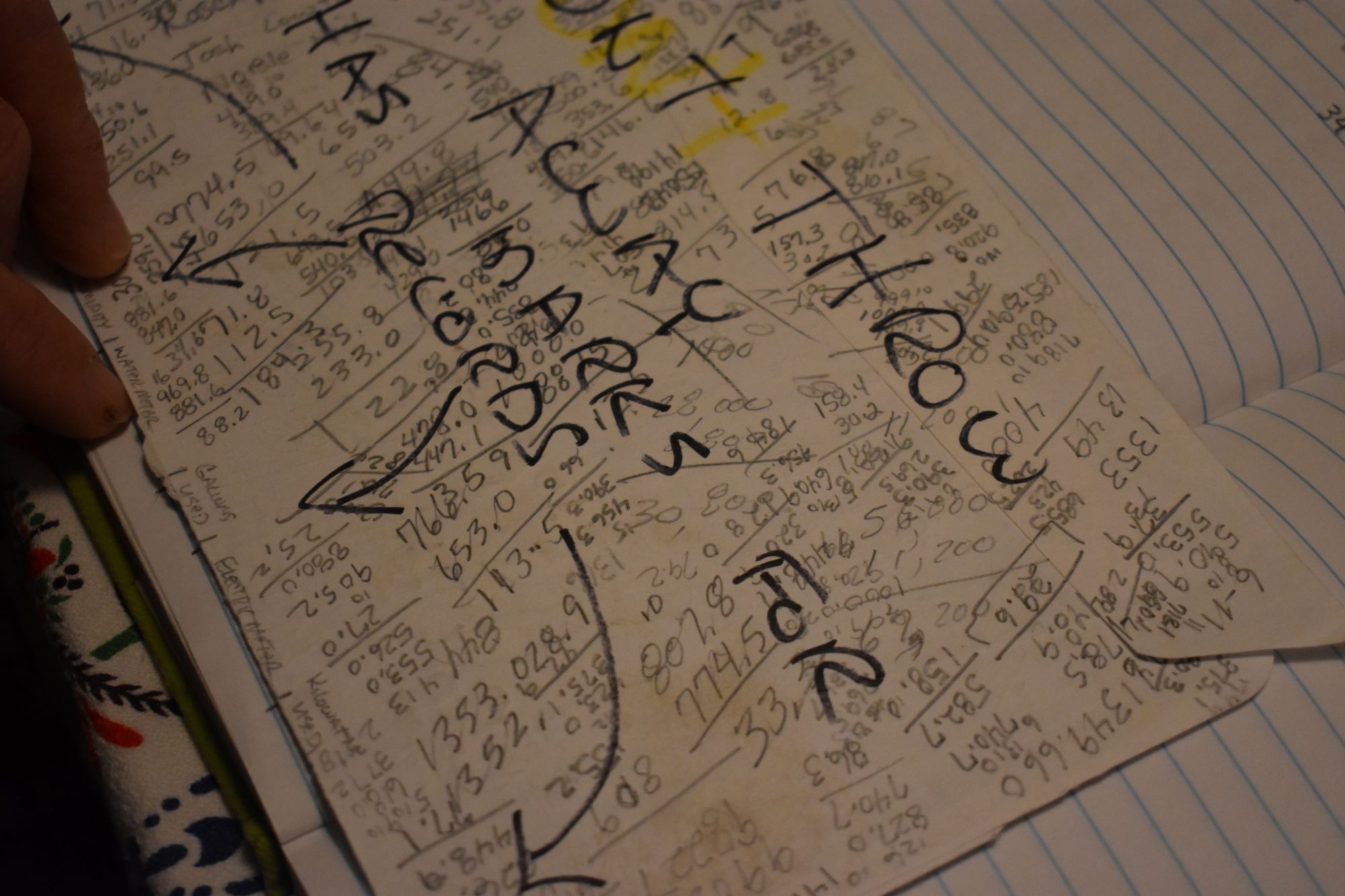 Charles and I research most anything that pops in our heads and we also like to keep journals and we do our best to keep records by calculating our usage.

This new study is making us realize how important this will be during the new history study of the great depression.

I have tried to dip into the 1930s twice now but it was not time.  Last study year of 2021 there were many problems that hijacked our study again.  Main thing was my vision.  I was having a very difficult time with cataracts that suddenly got worse to a point I just could not see even with a magnifying glass.  I also had a bleed/clot in one eye and then eye surgery, a complication and so on.  I could no longer type the diaries or see to research.

I feel that this is the right time to do the new 2023 Great Depression study.  It feels right, more right than before.

Continuing to make cloths to stop our use of paper products. These are the new hanky cloths.

There is a reason that this 1930s study is difficult and that is because of the lack of information that I and many of you are looking for but we will do our best to figure it out.

I could tell you all about the horrors of the great depression because that is well documented and easy to find but what is not documented, hardly at all, is what went on in the home, what the inside of the home looked like, and that is because there are few pictures of the inside of an average home in the 1930s.

Cameras were very different in the past and needed a flash. This is why there are mostly outside pictures and few inside pictures unless they are staged and of expensive homes or advertising goods. There are pictures of clothing and hairdo's but I am slowing noticing in real pictures of average women that I can find, they have their own hairstyle because many could not get their hair to do the new styles.

Also women had permanents put in their hair to do these new styles and some women wore wigs and hair pieces. They were sold in the catalogs, even further back in the very early 1900s catalogs that I have.

When I am researching the papers I see the sale papers and the ads with fixed pictures but when I look at the few pictures that are not models, just average women, their clothing is more loose and their hair is more relaxed. 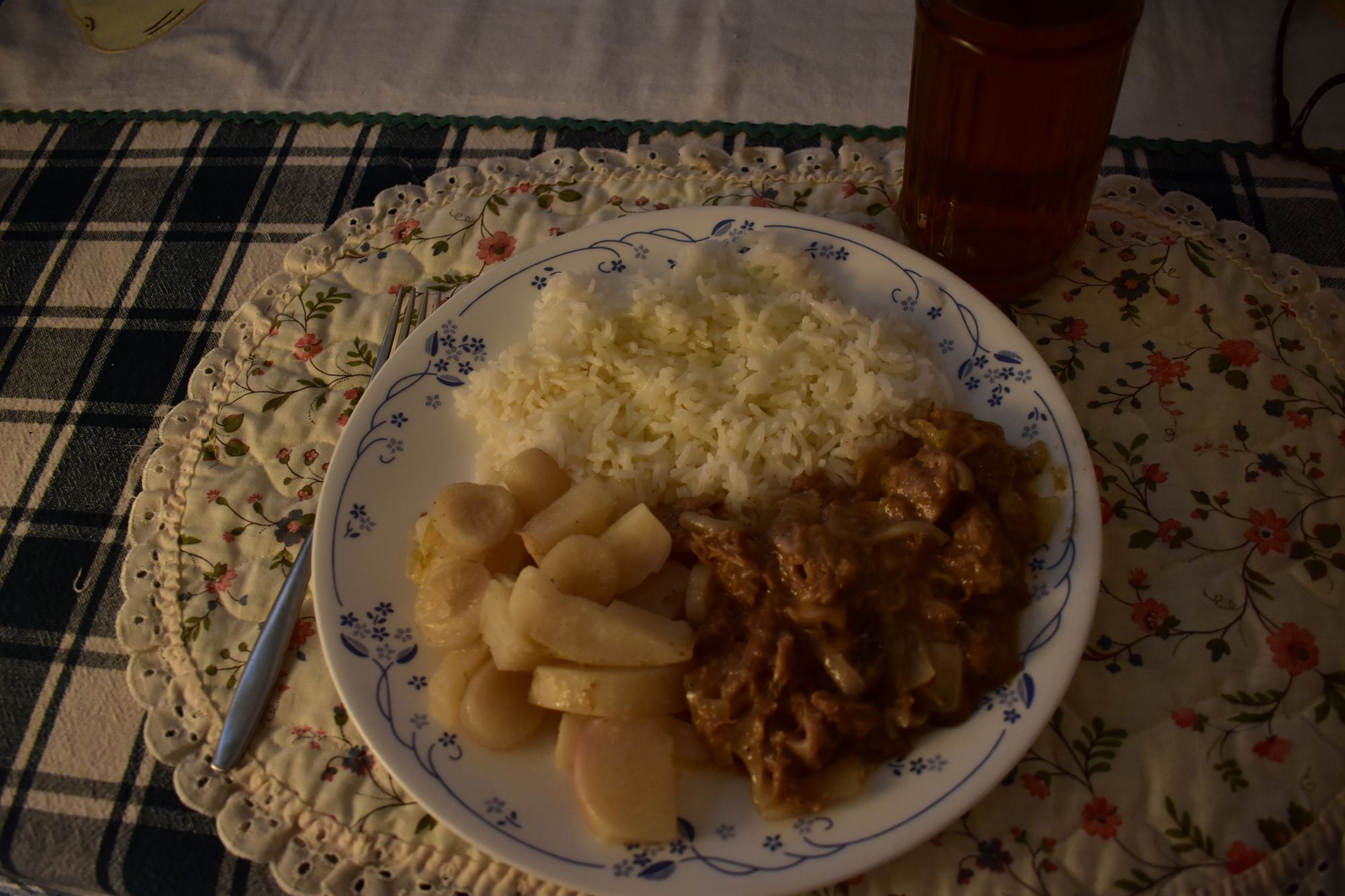 I notice in the catalog I have in 1927 that the dresses, hats, girdles and other clothing is all the roaring twenties style. It is as if they forced women to change by leaving them no other style of clothing to choose from.

Example of the photo above of our meal of shredded roast with a sauce, turnip roots and rice.  There are no rainbow colors of vegetables like we are told to eat because this is what we had in the house for a meal.  We are sticking to what we can afford and know.  Yes we do need a variety of vegetables but this meal above is better than a unhealthy takeout meal.

In the 1920's and 30's  women knew how to sew and they would sew what they were comfortable wearing.  Women did generally dress better than we do in this very casual style we have today.  It looks to me by what I have seen is that it is mostly the younger women following the trends.  Some of the more prominent women did change somewhat to the new styles but still kept more conservative.

I will touch on this more when we start the study. 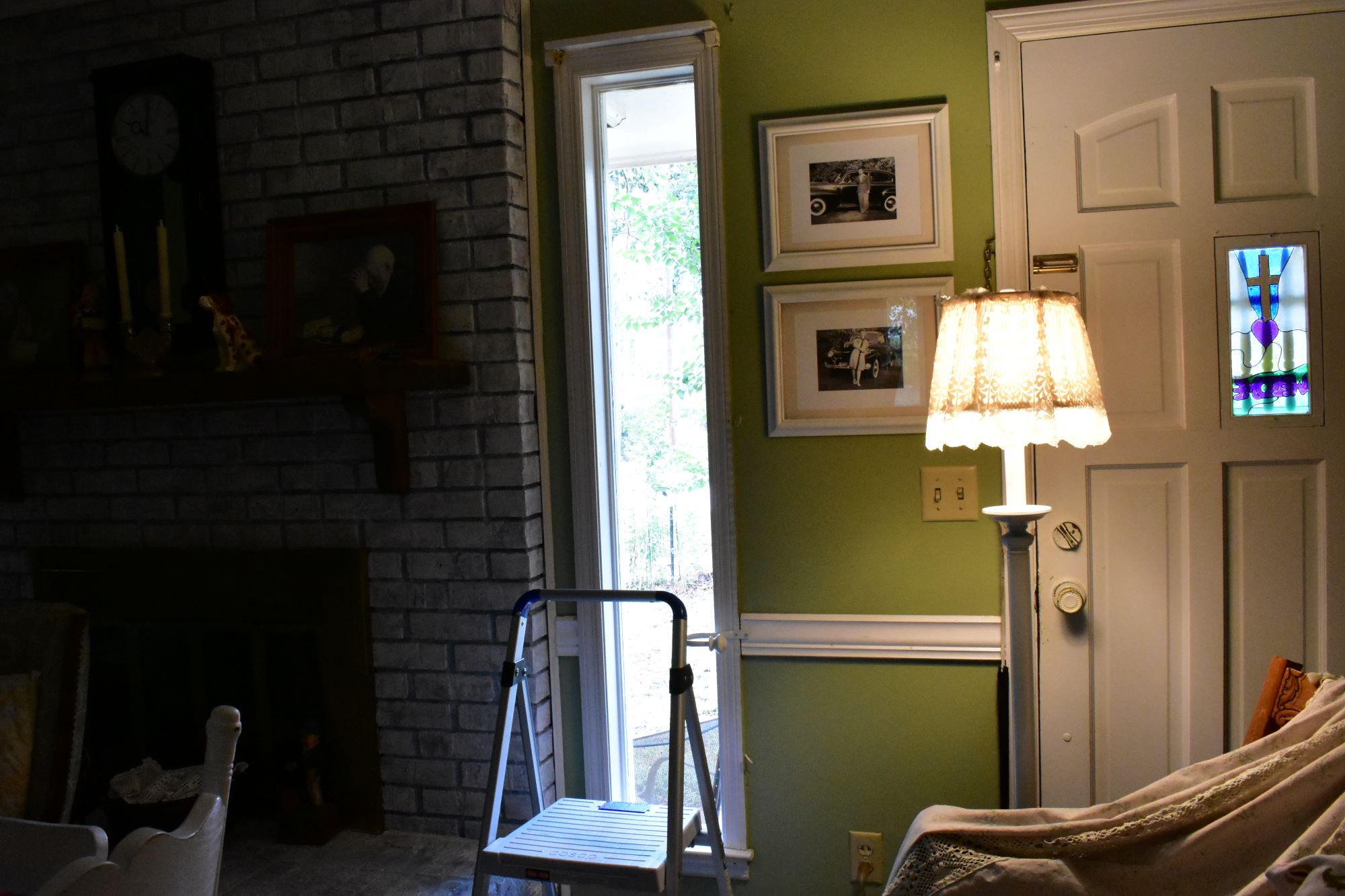 I am making small changes to make our home feel more thirties. 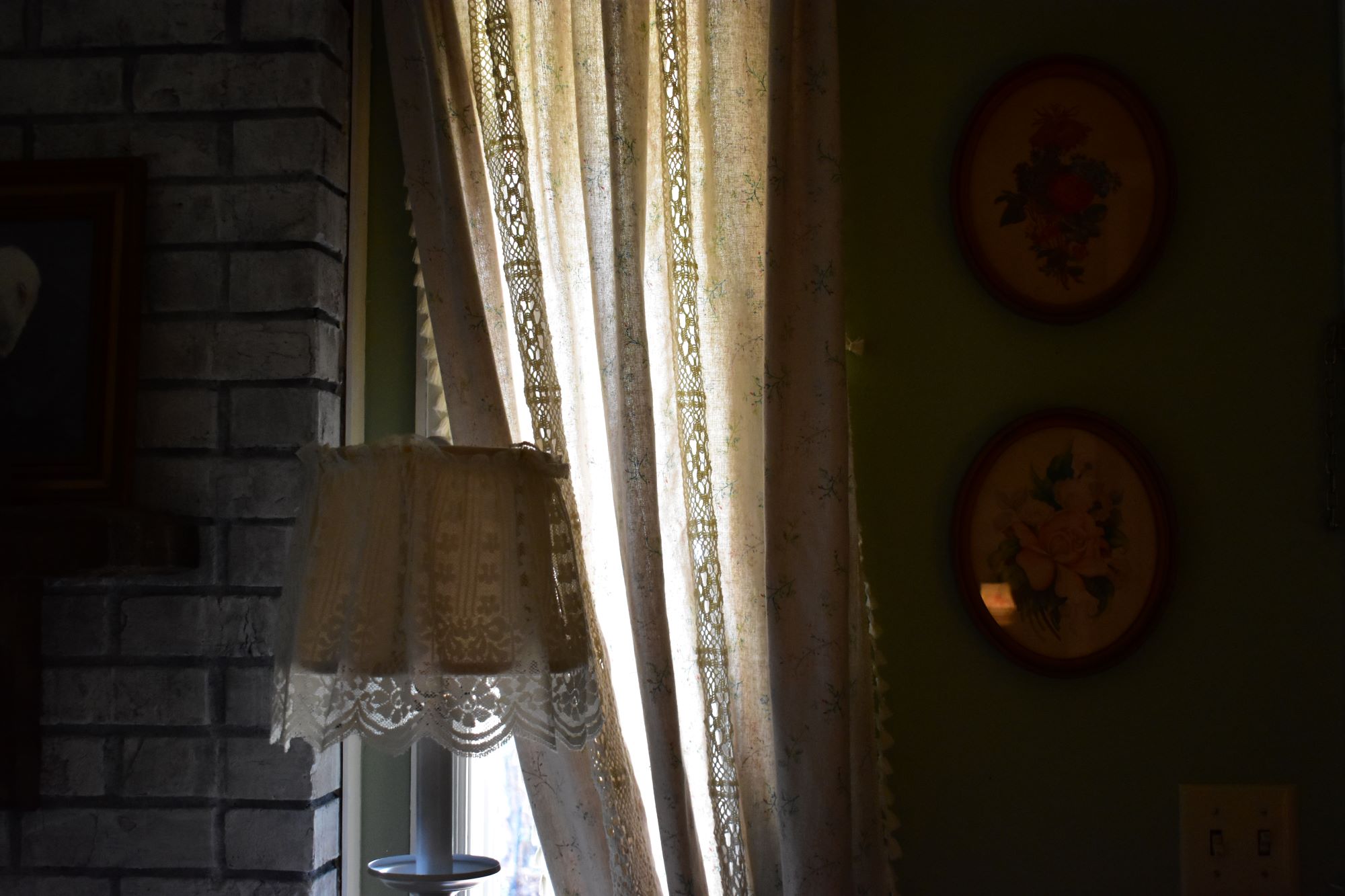 I have been sewing and tweaking and digging out some old wall pictures that were put away. 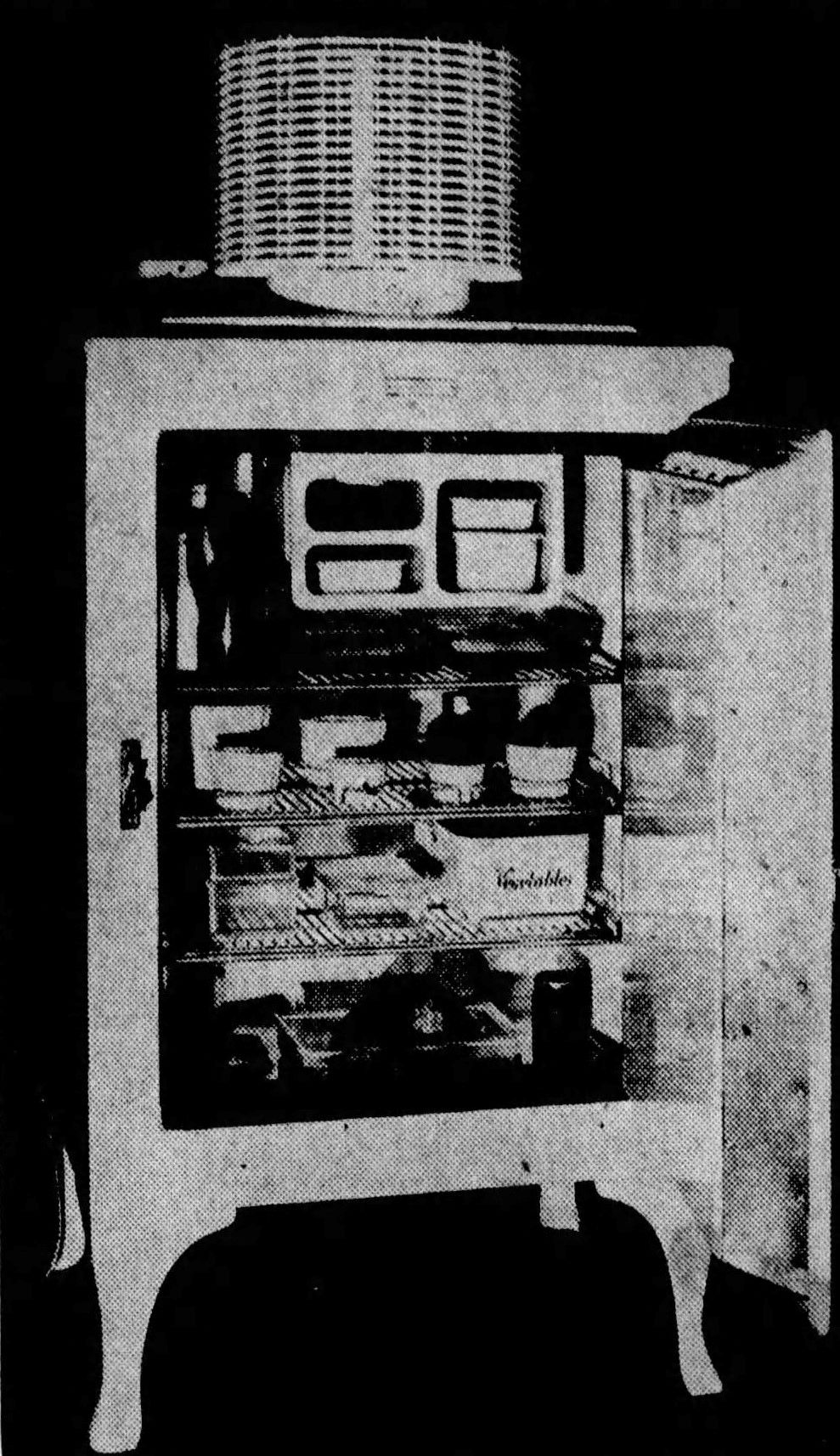 I wanted to mention about refrigeration.  This applies to the Lena and Lil's diary as well.

I have an advertisement with a picture during the 1930s where the ice trucks are lined up and the men are standing in a large group and they are saying that they have upgraded their icehouse and trucks and have better service etc.

There are a lot of factors with finding average with this study and I am trying to figure out a plan and have an idea to help get this study off to a good start.

Charles has chosen his occupation for this new study. For this years 1943 study that is now ending he has been a Jergens soap salesman (pretend for study) .  However, we have bathed all year with Jergens soap.  He has kept up with his mileage and gas rationing for his Jergens soap route, but he really does have a route in real life so this has worked for the study.  He had to stay within the gas rationing and almost ran out of gas a few times so he figured out that he had to keep a half of tank for our real time we live so he would not really run out.  He had to adjust the fact that cars had poor gas mileage back then and I was impressed with all of his math he had to do with this.

This new study during the great depression, our study occupation, he is going to work at a local bakery because we found a 1931 pay scale for the different positions in a bakery.  We researched the bakeries from 1920 into the 1930s and followed the old and new bakeries in our town that we live and read all about their businesses and how one bakery burned down and then one closed due to non payment during the depression. But they always had a bakery open through the 1930s.  Now we have to figure out what our house will look like so we can get settled in to the 1930s.

I want to say about the 1943 study is that if we had only done the gasoline rationing and reading Lena's diary we still learned something important.  We felt the struggle of not knowing if we would have enough or how we had to work it out.  We had a real feeling, just a little taste so to speak of what it was like.  The day that Charles came home and said that he was really worried about what he was going to do that day that he had no more ration points to use and was just about out of gas.  He didn't want to just say well this is just a study and I can just get gas.  He actually figured out what he needed to do and made changes to his route. It was real to him because we wanted to know what it felt like for our family before us.

The main thing I hope from this new study is we all learn how to be resilient and by the end of the study, that we have filled our coffee or tea tins with money as they did in the past. How many times during the study will we have to go to those tins to purchase food because we are over budget or need socks or fabric to make a new apron?  Maybe we will have to piece that apron from some old clothing.

I will leave you with this to ponder on.

I welcome your comments in the new comment section below, we are all learning from each other.  Your comments come into a special section in my blog admin and once I read them they are sent on to the article they have been written for.  This way I never miss reading a comment.

I cannot reply to each one and I prefer to leave myself out of the comments as much as I can because I already had my time writing up in the post. However, I do try to answer the questions.  Thank you for such wonderful comments since opening the new comment section.   Grandma Donna

This article has 34 comments